The Return of David Wright 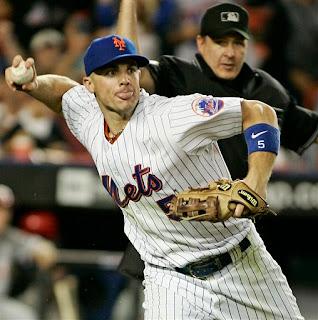 David Wright is going to knock the cover off the ball the rest of the way. If his first two games are an indication It’s going to be a fun second half of baseball for The Mets.
I like how he was swinging the bat. Both doubles Friday were hit hard to right field and he looked like the David Wright of past. last night again his swing was good. It was so nice seeing him at 3rd.
I don't think The Mets are done yet. This is the healthiest they have been since the start of the season. I say that with Jason Bay missing game 5 since he strained his hamstring last week. Bay has been a non factor all season. He has missed games before and his absents affect on The Mets is miniscule. Pridie, Harris and Hairston have all contributed in Bay's absence. Pridie had a very nice running catch on the last play of the game, snagging what could have been the game tying hit. The left fielder by committee has been much more productive offensively than Bay all season. I do not think the Mets can keep Bay out much longer without putting him on the Disabled List. Bay needs some time off from the team.
The Phillies and the Braves have not had a slump yet. Braves are without Chipper next month. Phillies have lost Oswald. Both teams have some fragile players. Look for the Mets to make a steady run. Come August 30, Citi Field will be rocking and by hook or by crook I am going to be there.
Posted by Unknown at 11:29 AM No comments: 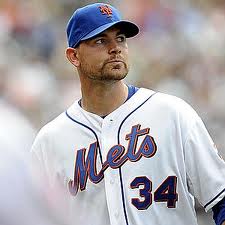 The Mets lost a golden opportunity to show the Phillies and Sandy Alderson they are a team that can compete in the National League East. Friday night the Mets came out flat. They let a young stud dominate them. Saturday they rebounded like we have come to expect they would. Today they were average at best playing a first place team and its showed.The game was never close. The Phillies made The Mets look like the 500 team they are.

Bay has been puny all year and stayed that way and Pagan, started off slow, got hurt, came back strong and now is mired in a 1/19 or so. He is not hitting his weight in July.

Today Bay went 0/4, had a really crucial error in the field and left 5 runners on in scoring position. I do not think Angel fared any better with the bat.


This team has been so fun to watch because they give 100% all the time. Murphy has been great, Turner and Tejeda and Duda have surprised.
Collins has managed as good I have ever seen a manager manage. 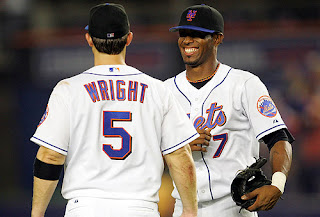 Wright and Reyes are coming back soon. Unfortunately, not in time to stop Alderson from trading Beltran. There maybe a bidding war and I believe Alderson is holding all the cards in a deal for Carlos. After today, I think Sandy will try to package Beltran with Pelfrey. He may go for a blockbuster, with Bay, Pagan, Beltran and Pelfrey. He has done this in the past. A blockbuster trade like this would clear a great deal of salary. 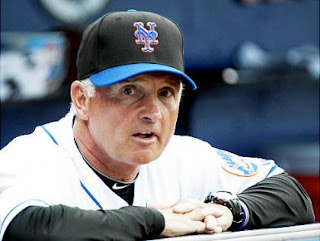 This Mets team has been fun to watch and cheer for. Keith Hernandez and Ron Darling love this team and that is big. They are a player’s team. I bet if you polled the other teams in the league, the Mets are a team playoff contenders do not want to play. They are scrappy and they don’t give up.
That is a credit again to Collins.

If he'd had all of his pieces who knows where this team would be.


Before this series I predicted Mets would have to play 600 ball over next ten days and win 2/3 from Phillies. Can the Mets go 5/7 against Marlins and Cards? I do not think they can do that. I do know they will try their best. If some of the veterans started to hit and pitch like their rookie brothers this team would be right there. It’s the kids, Jose and Beltran that have held this team together.


Reyes has had an MVP first half and I believe he and David Wright will have great second halves. Alderson will get rid of the dead wood and bring up more kids. We are not going to make the playoffs, but we will be competitive. I still think they can win between 85-90 games. We will soon see. 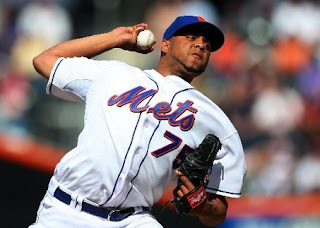 The news of Francisco Rodriguez getting traded to The Milwaukee Brewers reached the world very early today. Trading K-Rod was a no brainer. Sandy Alderson did very well unloading Rodriguez's very costly services. The players to be named later really do not matter at this time, getting rid of $17.5 M bucks was the key to the deal.

What is next for the Mets? They are 1 game over 500 with a 3 game series with the Phillies at Citi Field on Friday. The Phillies are hot. The Mets are holding their own with hot teams.

I believe the upcoming series against the Phillies is going to be the tell tale series that shows the baseball world where the Mets really are as a team. Losing 2/3 like they did to the Yankees ten days ago will certainly show Alderson and his brain trust the team’s pluses and minuses up close and personal.

What happens this weekend on the field may very well determine not just the rest of this year but future years as well. A real poor showing by the Mets could make a wholesale sell off much easier for Mets brass. I am sure the accountants have calculated the returns for many monetary scenarios.

It looks like Bobby Parnell is going to be given the ball as closer. He has been excellent the last couple of weeks, let’s hope it continues. If not, look for a closer by committee the rest of the way. It would be nice for Parnell and the Mets if he is successful and if the last two weeks are an example of his growth into professional relief pitcher he will do well in his new role.
I like this team. They are fighters. The Mets are fun to watch this year. I hope the team continues to fight the rest of the way. Let’s Go Mets! 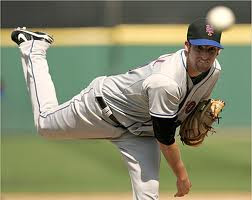 Carlos Beltran is a Leader 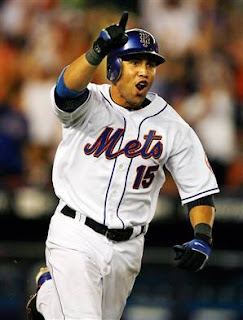 When Carlos Beltran first arrived at Shea Stadium like most of my Mets Fan friends I was so excited to have the young, speedy, powerful center fielder patrolling the Shea outfield. Injuries, bad teams, and bad management soon turned that excitement into "what ifs".

I can still see him caught flatfooted, looking at an Adam Wainwright curveball for strike three and the end of what seemed like such a promising season in 2006.
Now, almost 5 years removed from that unforgettable moment in time Carlos Beltran has become the Leader of The Mets. He is healthy, happy and productive. Where would the Mets be without his consistent play and his presents in the club house?

If Jose Reyes is the motor of this team, Carlos Beltran has been the team's model of professionalism. This is not something to be overlooked. The Mets are one game over 500 and on a top heavy with youth team, his professionalism has rubbed off on the young Mets.

A lot has been said about the pluses and minuses of trading Beltran. I do not see the Mets getting much back for him. First he has a very large contract. So large, if The Mets do trade him they will probable have to eat a large part of that contract. At best they might get some draft choices or minor prospects. They will not be getting someone who can play right field daily. I do not believe The Mets will receive any immediate help from anyone they trade.

I think, unless the Mets nose dive over next two weeks they keep their leader for the rest of the season and if they can sign him to a one year contract with incentives and option for two I would do it.
I don't think given the opportunity again Carlos takes that third strike.
Posted by Unknown at 3:48 PM No comments: